What is the role of an art fair in discussions about racial justice? That question will be explored this week at Frieze New York, the first major fair to take place in person in the United States since the March 2020 lockdown.

For this edition, which runs May 5–9 at the Shed, Frieze New York will pay tribute to the Vision & Justice Project, an expansive educational initiative led by Harvard University professor Sarah Lewis that examines ways that art—in particular photography—can inform notions about race. Talks, film screenings, and fundraisers for nonprofits will honor Lewis and Vision & Justice.

The project focuses on what Lewis has called “representational justice,” or, as she told ARTnews in 2016, “understanding the force that representation had for codifying and denigrating cultural and racial narratives in the 19th century, and the role that it plays in liberating us from them.” Launched that year with an issue of the photography magazine Aperture, the project has seen Lewis write on subjects ranging from Carrie Mae Weems to the Black Photographers Annual; offer related classes at Harvard; and stage events convening artists and scholars. Aperture will soon launch a book series that will expand upon its Vision & Justice issue. 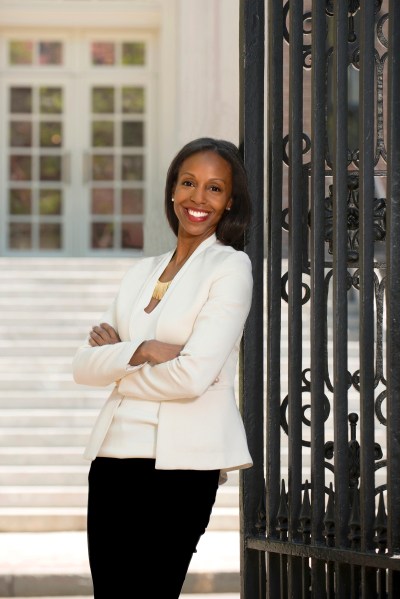 In an interview last week, Lewis said that a major fair like Frieze will mark a new chapter in the initiative’s evolution. “The Vision & Justice Project is largely about education, but I never had it in my mind’s eye to engage with the art market,” she said, adding that Frieze’s organizers are “effectively reminding people that, through this framework of Vision & Justice, what we do in a fair, what we do in the art world, increasingly doesn’t stay seen as disconnected from justice and in particular racial justice.”

Often, when a fair pays homage to a person or a movement, it does so through presentations in galleries’ booths. Frieze’s conception of the Vision & Justice tribute is meant to be more wide-ranging. “The whole concept of the tribute is revolving around programing,” Loring Randolph, Frieze New York’s director of programming, told ARTnews. More than 50 of the 60 participating galleries are lined up to take part.

Some participants said that the section has the potential to shake up Frieze New York. “As a Black-owned business and a person of color in the art world, it’s important to support those who are trailblazers and making a difference, in all areas of the art world including: artists, galleries, museums, curators, writers, and collectors,” dealer Karen Jenkins-Johnson said of her participation as part of the Vision & Justice tribute, which will involve presenting works by Ming Smith, Wadsworth Jarrell, and others. “That is what we do—we support each other. It’s important for Black people to uplift each other.” 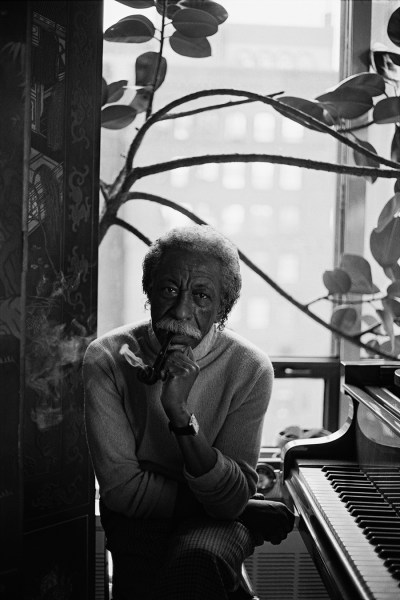 Frieze began thinking about the tribute last May, shortly after the virtual edition of its New York fair ended, though Randolph said the project had been in the works before the killing of George Floyd and the protests over police brutality and racial inequities that followed. A longtime admirer of Lewis, Randolph found that there were gaps in her knowledge when it came to Vision & Justice. “I realized that I was not as educated as I needed to be,” she said. “That really made want to put this project out there more prominently.”

When Randolph told Lewis she was interested in broadening Vision & Justice’s scope by using the fair as a platform, Lewis at first wanted to know what the fair’s intentions were. When Randolph explained that she hoped “Frieze could use its platform to broaden the mission of the Vision & Justice Project,” Lewis agreed to participate. The fair’s Vision & Justice presentation, she said, will offer “an unprecedented vision for what an art fair could be.”

As part of program, Lewis will moderate a panel on Black cultural leadership with artists Theaster Gates and Carrie Mae Weems, jazz musician Wynton Marsalis, filmmaker Ava DuVernay, and film executive Franklin Leonard, who founded the Black List. Broadcasting via Zoom on Thursday, the panel, Lewis said, is intended to reach beyond the art world and make “the boundaries of the fair a little bit more permeable and porous.”

Several artists have also signed on to participate in the tribute. Weems, whose work forms the basis for a forthcoming anthology edited by Lewis, has created a new large-scale work, to be installed so that it will be visible from Manhattan’s High Line park. That piece will serve as a tribute to Lewis and other artists and scholars that have been instrumental to the Vision & Justice Project.

For the Vision and Justice Tribute at Frieze New York, Mel Chin will exhibit a new billboard, Better (2021), made in collaboration with For Freedoms.

Awol Erizku, whose work was featured on the cover Vision & Justice issue of Aperture, will speak with Public Art Fund curator Daniel S. Palmer about a new series of work created over the past year. Made following the birth of his daughter Iris, the new photographs act as “a proposition that invites us to reimagine inherited traditions as our own sources for liberation and inspiration,” Erizku said.

Erizku continued, “I hope those who get the opportunity to engage, walk away with the brevity of the disease in this country that needs a collective effort to be eradicated. The Vision & Justice Project is something that deserves even more attention now in light of the recent surge in social turmoil taking place at home.”

Dawoud Bey, who is currently the subject of a survey at the Whitney Museum, will have work featured in Sean Kelly gallery’s booth and will take part in a talk with art historian Leigh Raiford. “My own work over four decades has been engaged with creating an imaginative counter-narrative around the Black and socially marginalized subject,” he said. Lewis’s “scholarship has been instrumental in creating a provocative contemporary discourse around issues of race and representation and photographs as agents of social justice.” 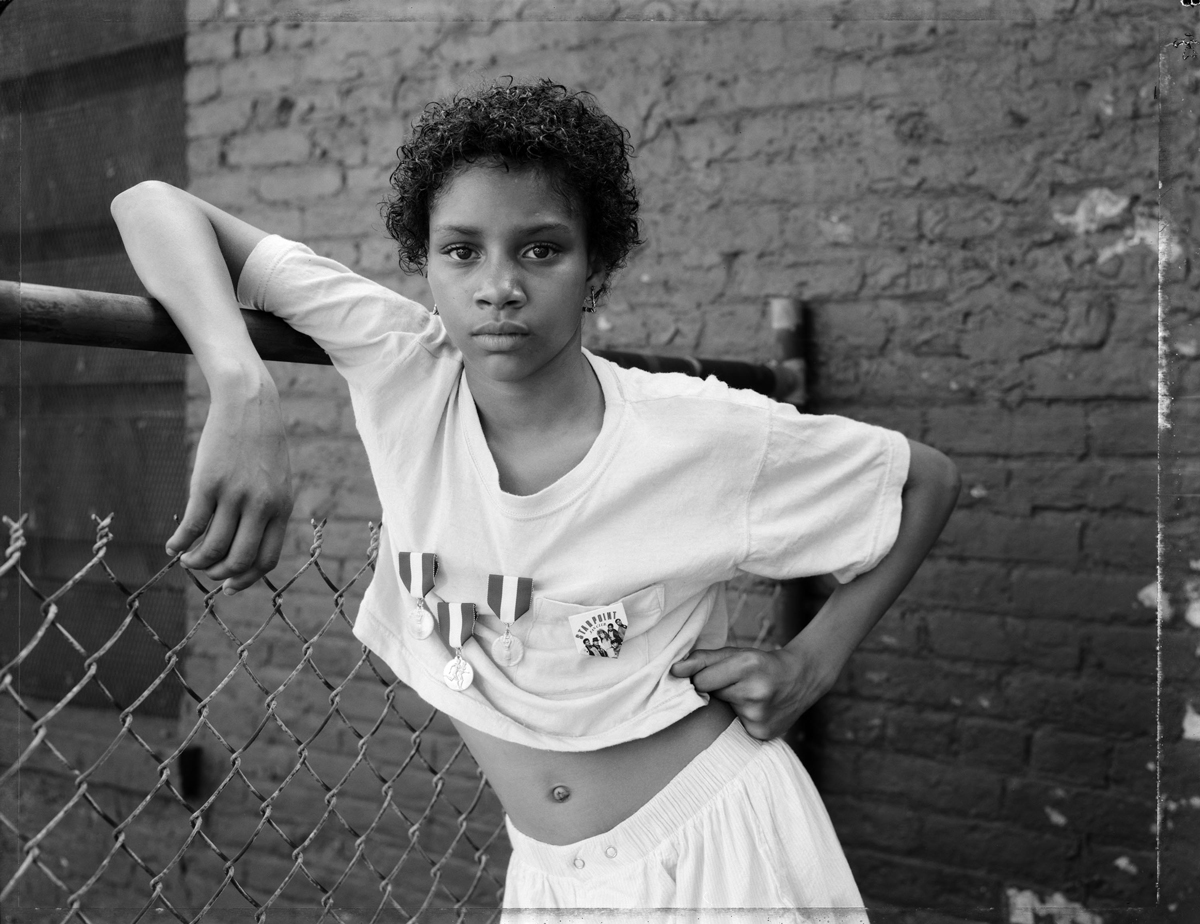 More established enterprises will also take part. Hauser & Wirth, which has 11 galleries spread around the world, will highlight the work of Project EATS, a New York–based nonprofit focused on urban framing and distributing locally grown produce to under-resourced communities. Founded by legendary gallerist Linda Goode Bryant, the organization signifies a “link between art and activism, which I think is very much at the core of Vision & Justice,” said Marc Payot, Hauser & Wirth’s president and senior partner, who serves as a board member at Project EATS. At Hauser & Wirth’s gallery in Chelsea, visitors will be able to purchase Project EATS’s fresh produce from a stand, watch a short film on the organization, and view a live feed of one of the organization’s seven farms in the city.

Meanwhile, at its Chelsea space, Pace Gallery will screen videos of a two-day Vision & Justice convening at Harvard in 2019. “Frieze is meeting the moment by engaging in conversations and raising topics that we are all grappling with as individuals and collectively through our roles in the creative community, especially here in the U.S.,” said Amelia Redgrift, Pace’s chief marketing officer.

And Frieze itself will get in on the action, screening the recent documentary Aggie, about the art patron Agnes Gund, with the hope of spurring a new generation of social justice–minded collectors. Gund is “an example of how the collectors can understand and think about their potential role in this larger conversation about racial justice,” Lewis said.

This year’s Frieze New York will last just a few days, but some participants in the Vision & Justice tribute say that the fair’s commitment to social justice must last beyond this edition. Calling the section’s focus “overdue,” New York gallerist Sean Kelly said, “We’ve all got to do the heavy lifting here and make sure that justice and racial equality is something that this country actually embraces instead of resists. This cannot be a season. This cannot be an event. It has to be an ongoing commitment.”