How to Collect Works by Impossible-to-Get Artists 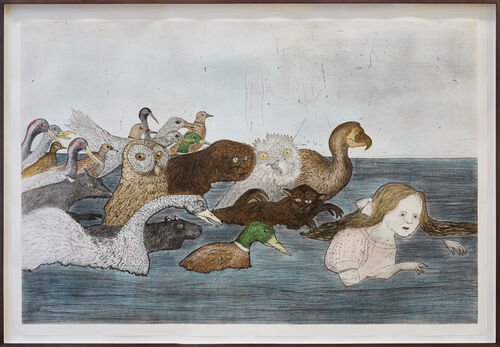 For all but the very top one percent of art lovers, collecting a great work by a top artist can seem impossible. Along with the issue of scarcity, works by high-demand artists are often astronomically expensive and far out of reach for most collectors. But there is still a way to collect works by these impossible-to-collect artists.

“One might ask themselves, ‘How could I ever collect a work by James Turrell?’ You wait eight hours to see his work at the Guggenheim, and people travel from all around the world to see his site-specific pieces,” said Jenny Gibbs, the executive director of the International Fine Print Dealers Association (IFPDA). “Many people don’t realize he’s also an avid printmaker!”

This year, accompanying the very first hybrid online and in-person edition of its Fine Art Print Fair, the IFPDA is also hosting its first-ever Print Month, which includes daily virtual programming with printmakers, curators, artists, and collectors. With more than 100 galleries, fine art presses, and print studios participating worldwide, a good number of the fair’s virtual booths feature prints by artists who are otherwise inaccessible. 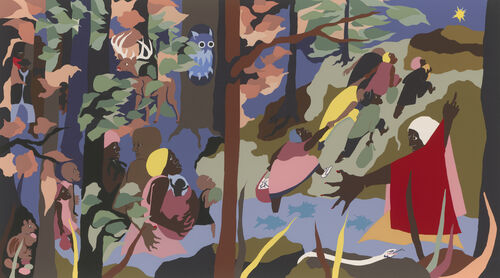 At Dolan/Maxwell’s booth, for instance, one can find prints by the late painter Jacob Lawrence alongside work by Elizabeth Catlett. In recent years, Lawrence has received long-overdue recognition, with works consistently breaking auction records. His prints, however, have yet to reach the secondary market.

In addition to historic works, the fair is also debuting a number of exciting new editions by hot-ticket contemporary artists. Kiki Smith’s new print series will be on view at the ULAE booth, and Wisconsin’s Tandem Press will be sharing new editions by Derrick Adams. “Jay-Z collects Derrick Adams,” said Gibbs, emphasizing the excitement around the multidisciplinary artist’s work. “If you think, ‘How could I ever afford to collect someone that Jay-Z collects?’ the answer is in some of these new editions.” 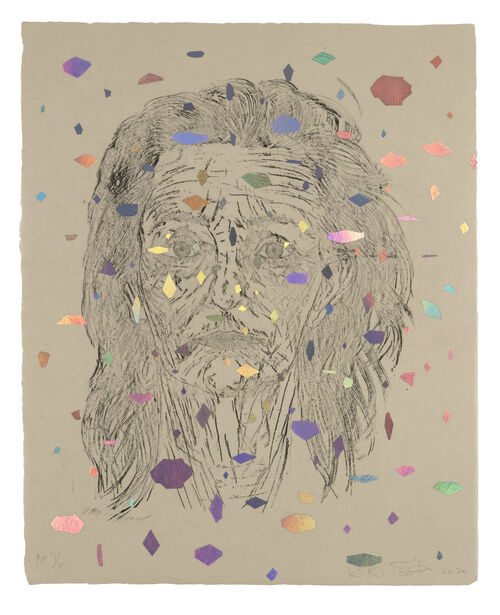 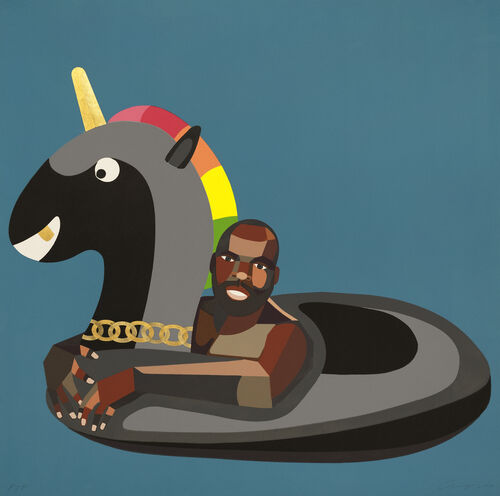 Along with Turrell and Adams, Gibbs also noted Richard Serra’s long career as a printmaker. “Gemini G.E.L. has produced a couple of amazing editions that really capture the scale of his work and the texture, but on really subtly toned paper,” she said. “If I were a collector starting out and looking for impossible artists, Serra and Turrell would be my top two.”

For Dakota Sica, director at New York gallery Leslie Feely, collecting prints by big-name artists is a way to get a foot in the door of serious collecting. “These brand-name artists have gotten so expensive both at auction and at galleries that collecting their editions is the only sensible way to be part of that conversation and live with great works without breaking the bank,” he said. “It’s a really easy way to climb the ladder and build your collections.” The gallery’s online presentation for IFPDA features prints by blockbuster artists including Richard Diebenkorn, David Hockney, and Kenneth Noland, and is accompanied by an in-person exhibition.

Investing in an artist’s printmaking practice can also open up entirely new avenues of appreciation. “The printmaking technique offers even further insight to the artist’s practice and expression,” explained David Blum of Peter Blum Gallery. His father, Peter, had been publishing prints and editions since 1981; along with the gallery, David inherited an intimate understanding of the medium and the close collaborative process and exchange between printer, publisher, and artist. The gallery’s IFPDA viewing room features works by the Tlingit/Unangax̂ artist Nicholas Galanin. 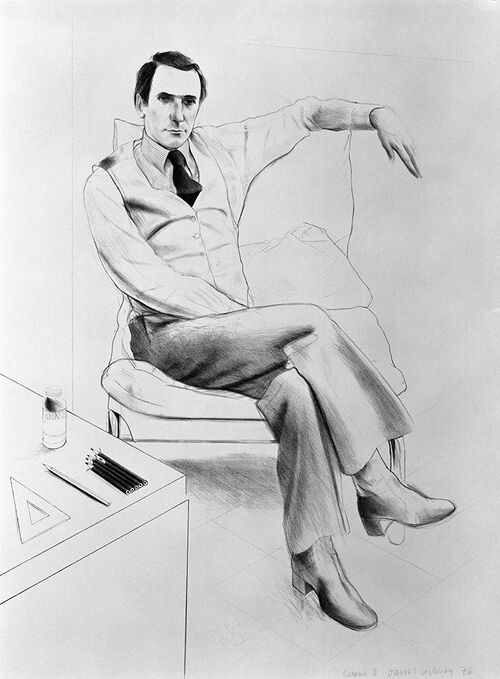 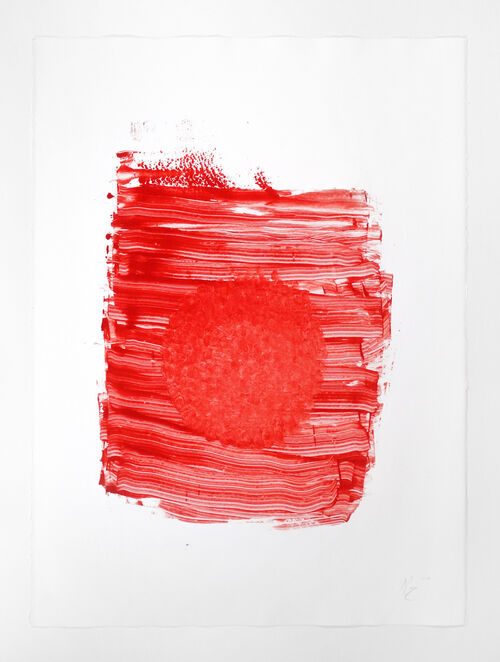 Everything We’ve Ever Been, Everything We Are Right Now – Untitled (Red), 2019.
Nicholas Galanin
Peter Blum Gallery

“It’s a whole other way to get to know an artist you’re a fan of,” echoed Sica. “There are certain artists who, in addition to their painting or sculpture practice, are also great printmakers. Diebenkorn is an artist we work with a lot. Robert Motherwell and Helen Frankenthaler are also equally phenomenal printmakers.”

Still, while prints by these artists are often significantly more affordable than works in other media, they can be quite expensive. The plus side, however, is that prints frequently offer a much broader range of price points depending on factors that include the edition size, the colors used, and the dimensions of the print. This allows for greater opportunity and access to a single image. 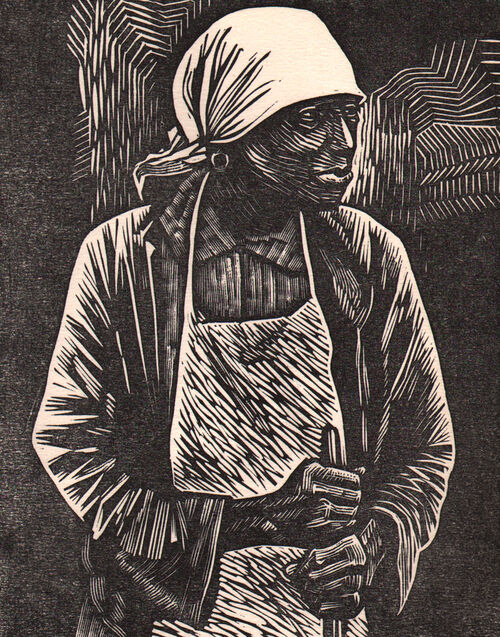 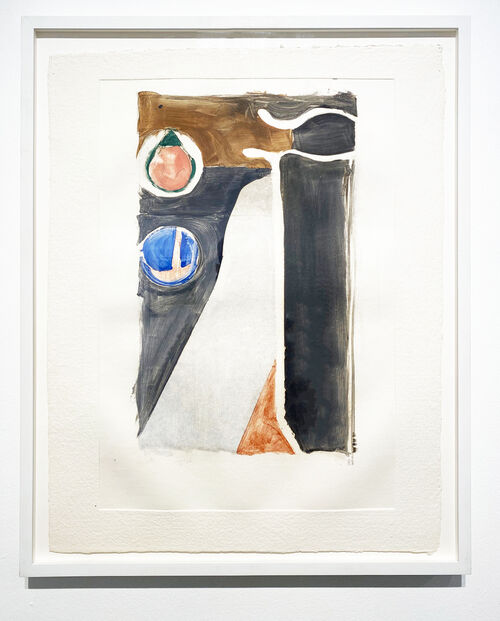 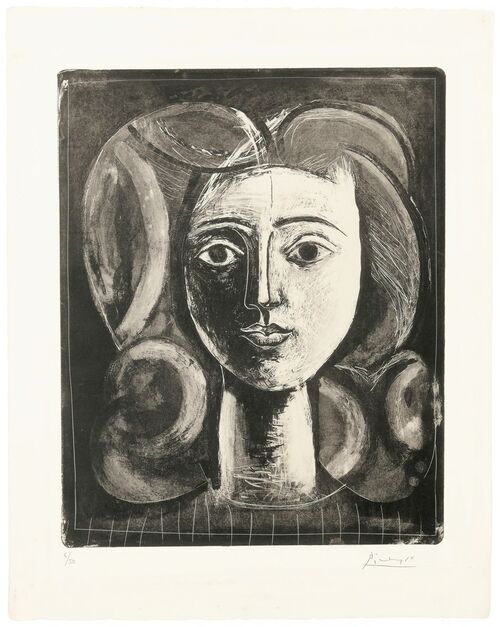 “Some of Diebenkorn’s ‘Ocean Park’ prints can go for half a million a piece, but then there are other ‘Ocean Park’ [works] from the same suite that are around $15,000 to $20,000,” Sica explained. “You can buy a black-and-white ‘Ocean Park’ etching for $2,500.” Collectors can also feel confident these works will generally appreciate in value—assuming they are well cared-for—because they are made by artists who devoted years of their practices to the medium.

“If you think about the most famous artists—Picasso, Rembrandt, Matisse, Dürer—they were all avid printmakers,” said Gibbs. While great paintings by any of these artists typically cost a minimum of tens of millions of dollars, their prints can range anywhere between four and six digits, giving more people access to the artists they love. Last night, for instance, Christie’s sold the Picasso portrait painting Femme dans un fauteuil (1941) for $29.5 million; last month, meanwhile, the auction house sold a print of the artist’s 1949 lithograph Tête de jeune fille for a comparably very affordable price of £16,250 ($20,900).

What these prints make abundantly clear is that collectors need not spend their life’s fortune on a singular piece by a great artist. Collecting prints offers a low-risk opportunity to invest in and live with work that’s often impossible to get a hold of, allowing more and more people to participate in their market.

﻿ Back in 1995, Christian Moullec embarked on his first migration alongside a flock of lesser white-fronted geese that he intended to introduce to Sweden. He flew an adapted delta plane alongside the birds, which were threatened after being overhunted, and protect them on their journey. This initial mission quickly morphed into a now decades-long