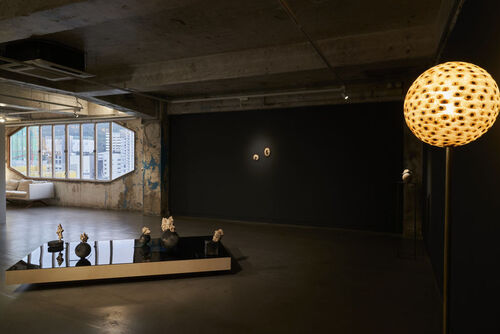 It’s been a difficult time for the Hong Kong art world. After the pro-democracy protests last year, the city was jolted by the cancellation of Art Basel in Hong Kong in March, confronted with the news of the new security law, and hit by multiple waves of the coronavirus. Despite the ongoing challenges posed by COVID-19, galleries and auction houses are now seeing the light at the end of the tunnel.

According to a recent report by ArtTactic, Hong Kong has now overtaken London as the second-biggest contemporary art auction market in the world after New York. In the first eight months of this year, the city increased its market share to 26%, up from 20% for the whole of 2019, with $314.6 million in auction sales, compared to London’s $303.5 million.

“There’s a lot of pent-up desire and hunger for art,” Kevin Ching, CEO of Sotheby’s Asia, said of collectors in the greater China region. “The market in Asia is very resilient. After the Lehman Brothers crash, it was the first to recover, and this time with COVID, it seems to prove our strength yet again.” 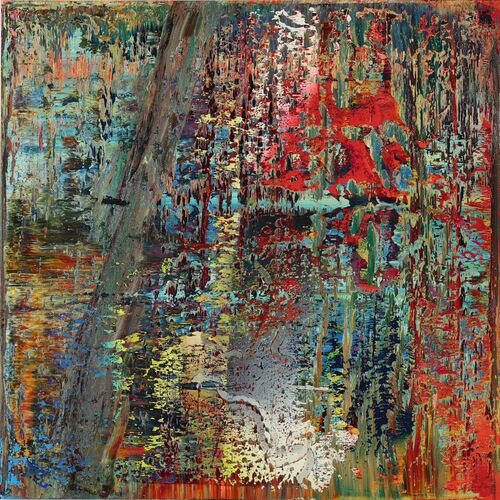 Last month, Sotheby’s netted a total of HK$684.1 million (US$88.2 million) in its live-streamed contemporary art evening sale in Hong Kong, its most successful contemporary art sale in Asia. The star lot was a 1987 Gerhard Richter painting which sold for HK$214.6 million (US$27.6 million), achieving a record as the most expensive Western work ever sold at auction in Asia.

Several auction houses also fared well earlier in the year during the delayed spring auctions. Phillips had its best Asia-based sale of 20th-century and contemporary art and design in July, achieving a total of HK$272 million (US$35 million) despite fewer attendees due to travel restrictions. The auction house also reported that close to half of the bidders and buyers in its July evening and day sales were newcomers, primarily from Hong Kong, mainland China, and Taiwan.

The leading auction houses have all adapted quickly to the pandemic by increasing online sales and initiating strategic partnerships. Phillips has continued to hold auction previews in Hong Kong as well as traveling exhibitions across Asia. The only difference is that specialists are not accompanying the works. “Collectors locally are coming to see these artworks. There’s a real thirst to operate as normal so we’re trying to cater to that demand,” said Jonathan Crockett, chairman and head of 20th-century and contemporary art for Phillips Asia. To sustain the current momentum in Hong Kong, Phillips has partnered with Chinese auction house Poly Auction for its December sales of 20th-century and contemporary art to expand its reach in the mainland Chinese market. Christie’s will also hold a major sale of modern and contemporary art in the city in the first week of December. 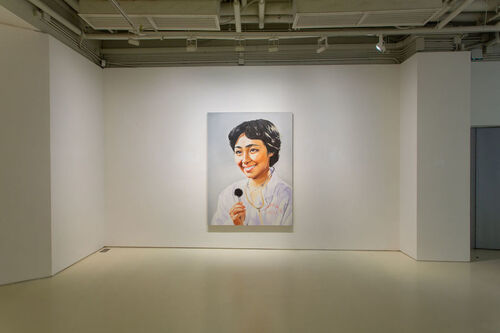 Unlike auction houses, galleries have been harder hit as the protests and pandemic reduced foot traffic. Today, however, many feel the city’s art scene is regaining a sense of normalcy. This month, several local dealers are looking forward to “Hong Kong Spotlight by Art Basel,” a showcase of 22 galleries with spaces in the city that Art Basel is mounting at Fine Art Asia (a fair that, as of this writing, is scheduled to take place at Hong Kong’s Convention and Exhibition Centre from November 27th to 30th).

Art Basel recently announced that it will further delay its Hong Kong fair to May 2021 instead of the usual March slot, making the forthcoming spotlight event even more important. “People need confidence. So the fact that Art Basel is starting to act is a positive signal to the market,” said Rebecca Wei, partner of Lévy Gorvy Asia. 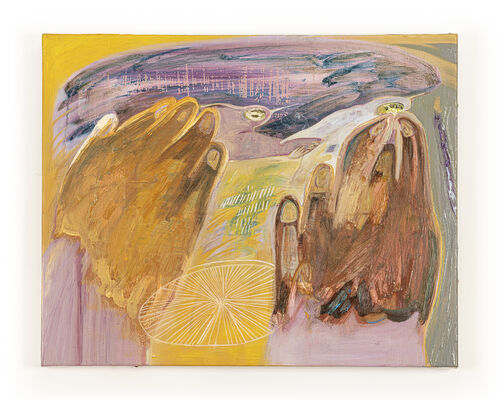 While Wei admitted it has been quiet in Lévy Gorvy’s Central District gallery, sales are still taking place. “Within the past six months, clients have become used to seeing images and videos of artwork on their phone. Even if it’s above $10 million, they’re buying without seeing the painting,” said Wei. “It’s definitely becoming more flexible. Galleries, buyers, and sellers all have to think about new ways to do business because the willingness to buy art is still there and the money is still there. I haven’t seen a drop in cash flow.”

Local galleries have had mixed experiences but remain positive. Mimi Chun, founder of Blindspot Gallery, a local gallery in the industrial Wong Chuk Hang District, was bracing for the worst but has seen a transformation in the last quarter, with sales actually being better than usual. “Things are returning to normal,” she said. “People don’t need to be reminded to buy things. They are spending money.”

In October, Chun invited a young Hong Kong artist, Un Cheng, to do a residency in the gallery. The resulting paintings, ranging from US$2,000 to US$10,000, were hugely successful. “Some local collectors who have never been interested in Hong Kong artists have changed their minds. They are more curious about the local art scene,” said Chun. She has also noticed collectors from the mainland taking chances on young artists and purchasing pieces without seeing them in person. She noted that sculptures by Shanghai-based artist Zhang Ruyi from the gallery’s current exhibition, ranging from US$8,000 to US$30,000, have also sold well. 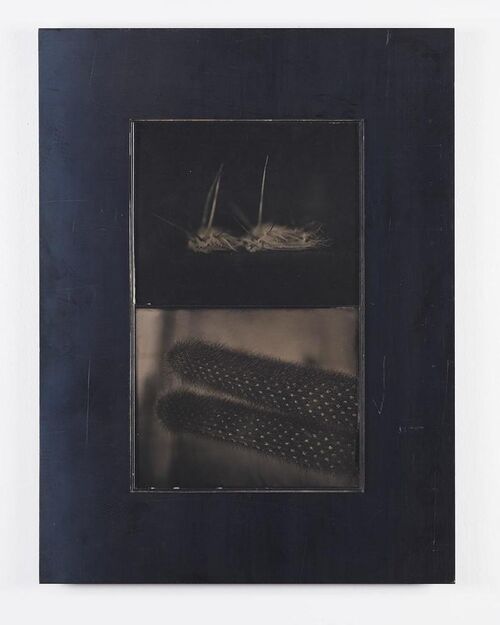 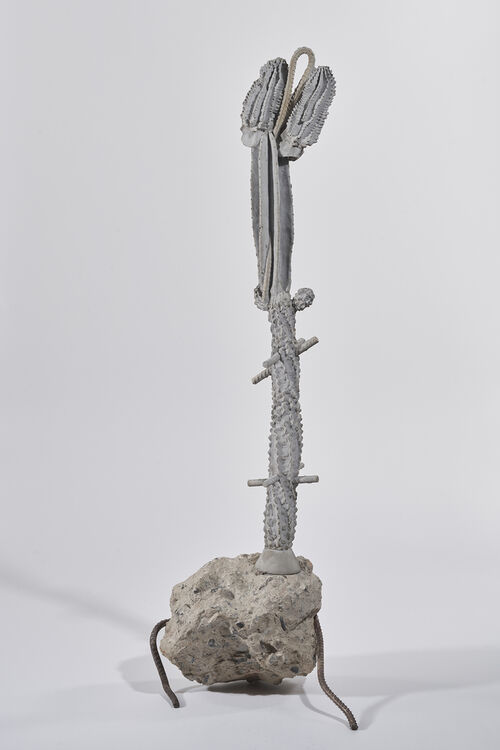 Claudia Albertini, director of Massimo De Carlo in Hong Kong, said the gallery has made sales to both local and foreign buyers in the US$25,000 to US$1.5 million range, but admitted it hasn’t been easy. “Galleries are doing their best within their capacity and the quality of exhibitions and the determination in presenting high-quality programs is remarkable, but I feel we are still in the affected phase and haven’t yet entered a recovery one,” she said. The gallery has successfully boosted its online presence, but Albertini still sees participation in the “Hong Kong Spotlight by Art Basel” presentation as critical. She added, “The market needs some kind of morale-boosting gestures in general; we all miss each other and we all miss seeing art as we used to.”

Henry Au-Yeung, the founder and director of Grotto Fine Art, a prominent local gallery in the Central District, said he has been participating in the Fine Art Asia fair since 2007 and is optimistic it will attract a large audience and boost sales. He also confessed that, while loyal collectors locally and overseas have continued to support his program, the last 18 months has been the most challenging period that he’s ever faced as a gallerist. 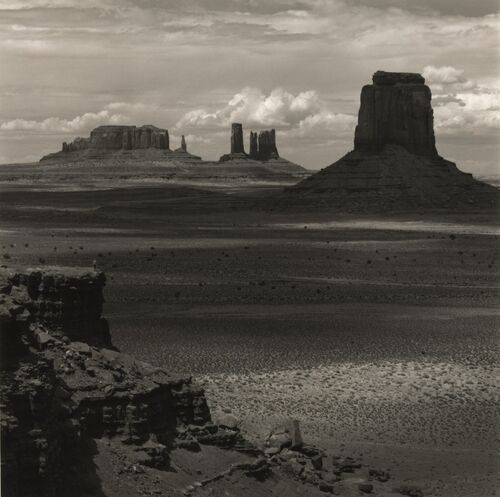 Another longtime local dealer, Catherine Kwai, founded Kwai Fung Hin Art Gallery and serves as the co-president of the Hong Kong Art Gallery Association. She admitted COVID-19 has dealt a hard blow to the local art scene, but said it remains resilient. She noted that several dealers, including herself, have moved out of Central, the city’s main business district, to avoid exorbitant rents. Kwai recently relocated to a larger, 10,000-square-foot space in the industrial neighborhood of Chai Wan. “These moves are creating new, diverse art neighborhoods and providing new possibilities for curating [due to larger space],” she said.

Kwai said sales to local collectors are increasing and she is confident about the future of Hong Kong’s art market. “When the situation of COVID has eased, international buyers will naturally be back,” she said. “And with the opening of M+, programs by Hong Kong Museum of Art, new exhibitions by galleries, an active auction market, and various online art platforms, the momentum and energy of the local art scene will keep growing.”

Did your mother make you throw out your old Pokémon cards? Now you have an opportunity to show her that they really could have been worth a lot of money one day. An unopened first edition set of Pokémon cards just fetched a world record $408,000 at the “Comics & Comic Art Signature Auction” sale at

Portrait of Tracey Emin in her London studio, January 2016. Photo by Richard Young. Courtesy of the artist and Xavier Hufkens, Brussels . Tracey Emin is at the top of her game and, despite a recent cancer diagnosis and operation, is having a stellar year. In October, she opened “Detail of Love,” a solo exhibition

Prompted by a report in the local newspaper about the segregationist activities of William Rockhill Nelson, the Nelson-Atkins Museum of Art in Kansas City, Missouri, is reassessing its name and considering whether or not to continue honoring the real estate and newspaper magnate who helped found the institution. Nelson was the co-founder of the Kansas City Star,

Friday, January 22, 2021 Category:  Americans for the Arts News This week we announced registration and scholarships for the National Arts Action Summit, opened nominations for the annual Arts and Business Partnership Awards, looked back at a webinar chock full of guidance on applying for NEA grant funding, and teased a new blog series that will dive