To mark 40th anniversary of the beginning of the AIDS pandemic, when the CDC published the first scientific acknowledgement of what we know now as HIV/AIDS in 1981, David Zwirner gallery will host a series of exhibitions over the next few months. Under the title “More Life,” it will spotlight the work of artists who died of AIDS-related causes. Many of these artists have rarely been the subject of major surveys.

“Forty years is a long time—to look back and start to sift through things,” the gallery’s senior director Robert Goff, who is organizing the series with director Thor Shannon and associate director Alec Smyth, told ARTnews in an interview. “Even though a lot of these are tragic stories in the fact that these artists are no longer with us—their lives were cut short and we can’t know what they would have done—it’s a positive thing. There’s something affirming and life giving.”

“More Life,” whose name is a reference to a line from the play Angels in America, will unfold in two stages. The first set of exhibitions will run from June 24 to August 6 at Zwirner’s New York locations. At its 69th Street space, Ryan McGinley will organize a showing of photographs by Mark Morrisroe, who died in 1989. The main show will take place at the 19th Street space, where the gallery will screen two films that offer poetic mediations on living with HIV/AIDS: Marlon Riggs’s Tongues Untied (1989) and Derek Jarman’s Blue (1993). (The gallery will also show a selection of paintings by Jarman.)

The biggest draw to the 19th Street location, however, is likely to be a tribute to the Silence=Death Project, an artist collective that created the now iconic slogan accompanied by a pink triangle which became a rallying cry for AIDS activism. That presentation will be draw primarily from the personal collection of Avram Finkelstein, an artist who was one of the six original members of the collective. Included in the show will be three of the group’s original posters and other forms of agitprop, as well as photography by Lola Flash, Donna Binder, and others documenting the early days of the pandemic. In collaboration with Finkelstein, the gallery will produce a limited-edition poster of the group’s iconic poster, with all profits donated to the organization Visual AIDS. 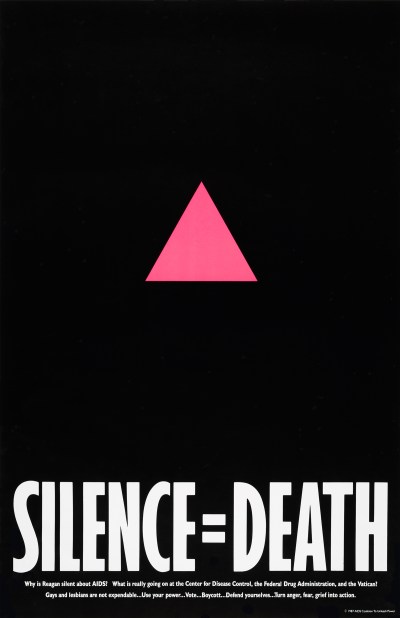 In September, four more exhibitions will be staged. Three of them will be in New York—there will be solo shows there devoted to Ching Ho Cheng, curated by independent curator Simon Wu; Frank Moore, curated by writer Hilton Als; and Jesse Murry, curated by critic Jarrett Earnest and artist Lisa Yuskavage. And in London, there will be a survey of work by Hugh Steers curated by actor and collector Russell Tovey. Throughout the series’ five-month run, Zwirner will stage a series of roundtable panels with figures like artists Wolfgang Tillmans, Gregg Borodwitz, and Finkelstein, as well as AIDS historians Ted Kerr, Sarah Schulman, and Pamela Sneed.

Though small in scale, the solo shows will act “as a beginning,” Goff said. “We hope that people use it as a jumping off point to learn more, to research more, to ask questions like, ‘Who else is out there?’ It’s not a complete and definitive statement about who people need to recognize today.”

None of the artists being surveyed are currently represented by David Zwirner, and Goff said that the gallery does not plan to add them to its roster. 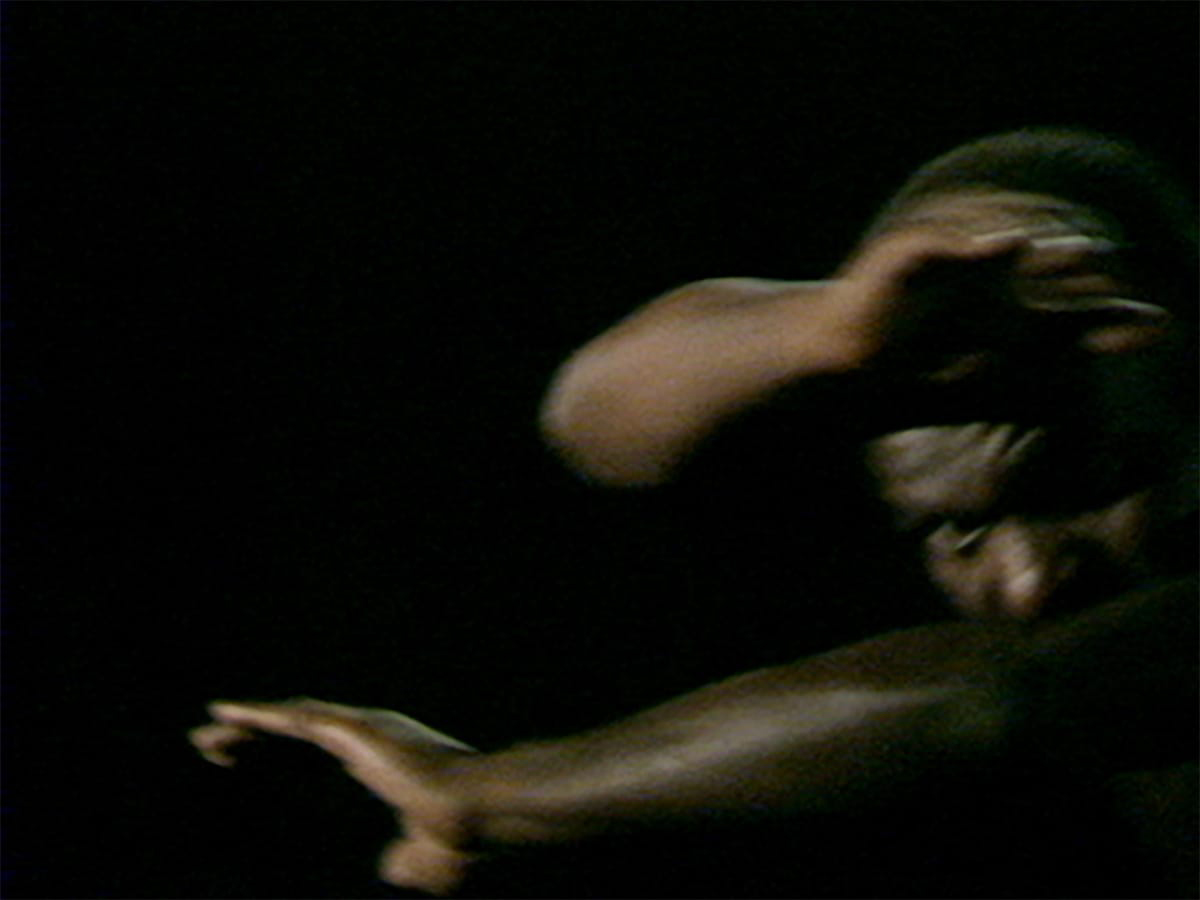 Some of the guest curators were close friends with the artists whose shows they’re organizing. “These shows are really personal to the curators,” Goff said. “You realize AIDS touches and touched so many people. It’s a tendril that goes through different lives.”

Yuskavage, for example, met Murry in 1984, when they were attending the Yale School of Art. Murry’s exhibition, titled “Rising,” will focus on a group of work made around 1992–93, the final year of his life, and will also include the artist’s voice via text and audio. “He made a huge impact on the lives of anyone he met,” Yuskavage said in an email. “Our hope is to share with the audience that which was lost to AIDS: this extraordinary man, Jesse Murry.” 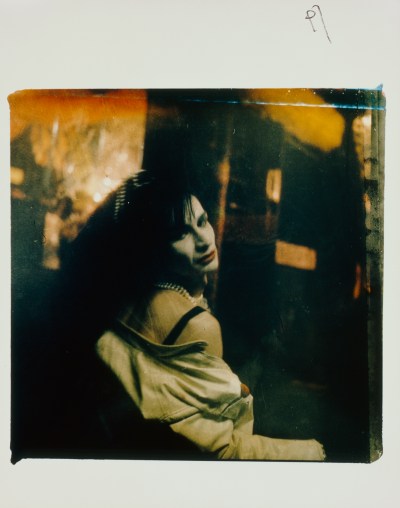 Als and Moore were friends for several decades, until the latter’s death in 2002. A joint portrait of Als and Moore holding hands will feature in the show. In an email, Als described a given Moore painting as “a sort of map littered with the needles, pills, fantasies, and hope, that in part reflected the reality of the time. Frank’s singularity as an artist rests in his ability to visualize anxiety and love in equal measure. His minute, detail-oriented paintings are an exploration of transformation—what happens to bodies, people, under duress.”

Tovey, who starred in the recent West End revival of Angels of America, didn’t personally know Steers, who died in 1995. But for the actor, Steers’s haunting portraits of men dying from AIDS and their lovers evokes deep feeling across time. “Just by sitting with a Hugh Steers painting, we can understand ourselves better and learn so much more about our most recent queer history and that of our not-so-distant lost friends,” Tovey said in an email.

Goff began thinking about “More Life” in 2019, shortly after he helped stage a similar exhibition at David Zwirner in New York. Curated by Jarrett Earnest and timed to the Museum of Modern Art’s Lincoln Kirstein exhibition, “The Young and Evil” brought together the work of a group of queer artists in New York in the 1940s, among them Paul Cadmus, Jared French, George Platt Lynes, and others. “We were uncovering this lost history and putting it forth as show,” Goff said.

For “More Life,” Goff initially planned to spotlight pairings of well-known and underknown artists who died of AIDS-related causes, such as Felix Gonzalez-Torres and Keith Haring with Murry and Moore, but abandoned the idea when it felt more like something a museum might stage then a gallery. He then worked to change the format with Shannon and Smyth at the end of 2019.

Though not spurred by the coronavirus pandemic to create the show, “More Life” is no doubt informed by the experiences of living through the past year, Goff said.

“Although it’s a hopeful show, it’s also a tragic show, in terms of the immense loss to the AIDS pandemic,” he added. “To see the AIDS crisis through our current pandemic is important, especially since AIDS is ongoing. It’s not over—there is no vaccine.”