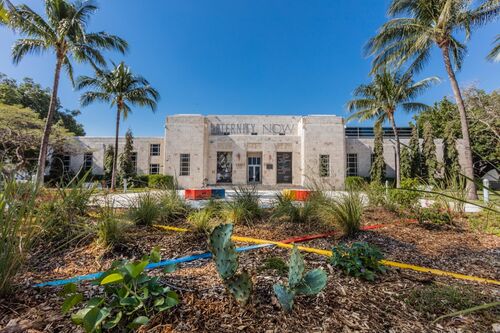 Installation view of Agua dulce by Abraham Cruzvillegas at The Bass. Photo by Zaire Kacz. Image courtesy of The Bass, Miami Beach

From now until next spring, a new, wild greenspace will take shape in Miami Beach, in front of the art deco building that houses The Bass. Tropical pond apple trees, coastal plain willows, prickly pear cactuses, and sunset-hued blossoms will offer a place of respite in an art installation subject to nature’s whims, titled Agua Dulce, which is Spanish for “freshwater.” The project is the latest work by Mexico-born artist Abraham Cruzvillegas, and like much of his work, it is centered on metamorphosis.

The installation in Collins Park, which runs through April 18, 2021, will feature more than 1,000 plants of 27 different species, many with a history of use for healing. The piece serves as an oasis during a time when it’s safer to be outdoors than inside. In fact, Agua Dulce is part of The Bass’s series “Art Outside,” which was launched in response to the COVID-19 pandemic. 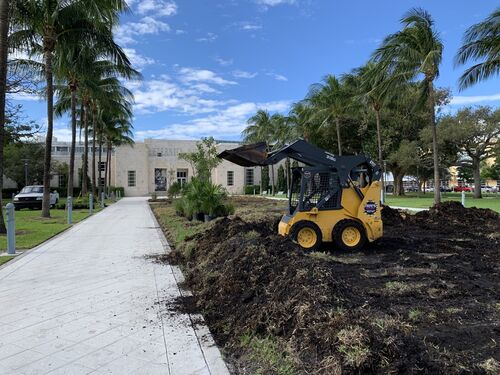 Agua Dulce being installed in Collins Park in front of The Bass Museum of Art.

Cruzvillegas had initially planned a third iteration of his show “Hi, how are you, Gonzo?” for The Bass. That show ran at The Contemporary Austin and the Aspen Art Museum and included community events such as performances, book swaps, and ceramics classes. But when the pandemic made gathering unsafe, Cruzvillegas and curators Silvia Karman Cubiñá and Leilani Lynch started from scratch.

Yet Agua Dulce is not a departure for Cruzvillegas. Like his larger practice, shaped by his upbringing in Colonia Ajusco, Mexico City, the bedrock of the installation is not the medium used but intangible ideas: transformation, collaboration, and “the local,” which includes everything from how the materials are sourced to how the nearby community is engaged. 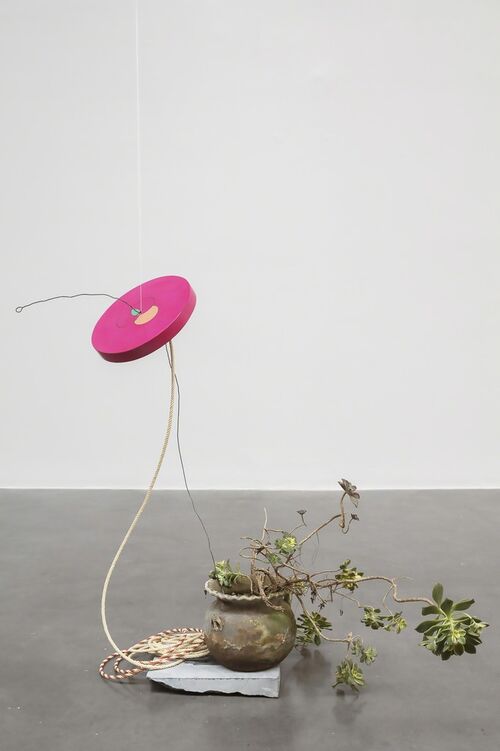 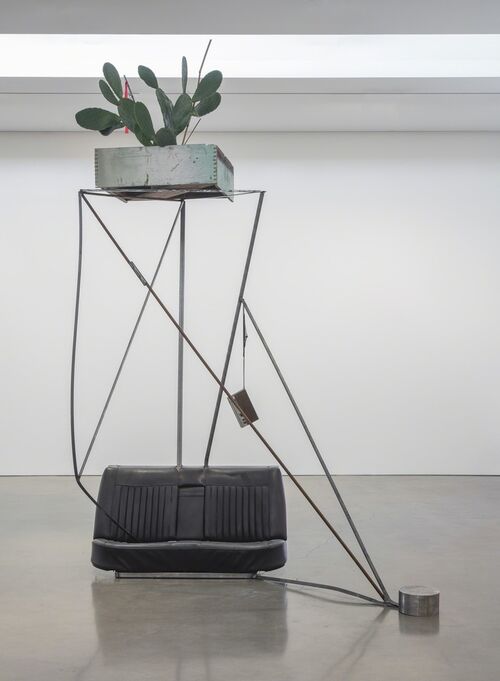 “The most important elements [of the installation] were approaching ‘the local’ in different ways,” Cruzvillegas said. The plants, which are all native to Florida, will be distributed around the city after the installation comes to an end. And the seating, designed by the artist and built by the museum staff, was crafted from locally sourced materials.

Community building has been central to Cruzvillegas’s practice, influenced by the way that the homes were built in his neighborhood while he was growing up. 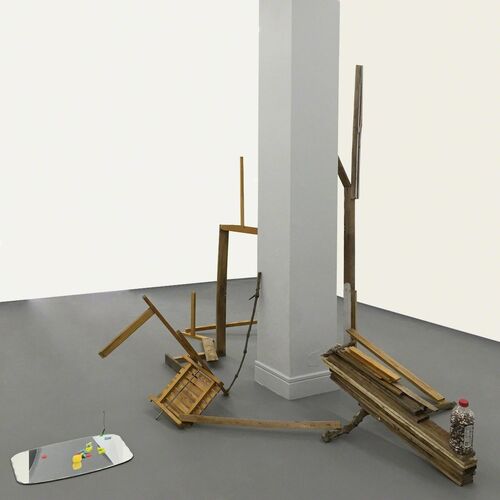 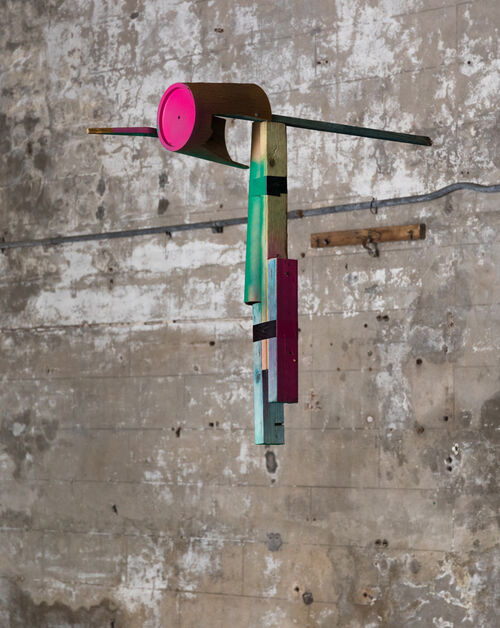 “People construct their own houses using almost no money, but through collaboration with neighbors or friends or relatives, using materials that are on hand,” he explained. “It’s not like buying an apartment or building a house after the design of an architect, but just doing how they can—that’s the way I grew up with my family.” He named his method of making art “autoconstrucción” after this practice of self-building, using found objects to create sculptural works and site-specific installations.

His larger works have resembled partially built neighborhoods or playgrounds, while his idiosyncratic sculptures have included a bouquet of machetes jammed into a wooden stand, or a bicycle with rearview mirrors stacked improbably high on its handlebars. At The Contemporary, scrap wood formed a makeshift quarterpipe and ramps for skateboarders; at Kurimanzutto Gallery in New York, a jettisoned wheel and taxidermy duck were just some of the objects hung from the ceiling. From his work, a language of urban improvisation emerges—one that is strange but tugs on the familiarity of memory. 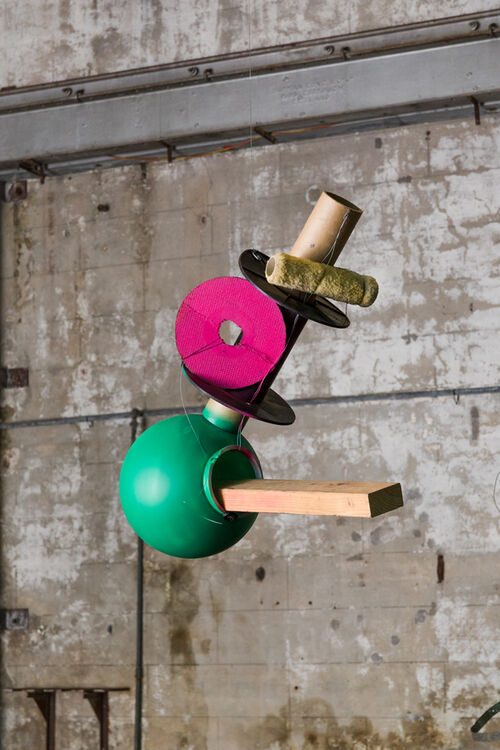 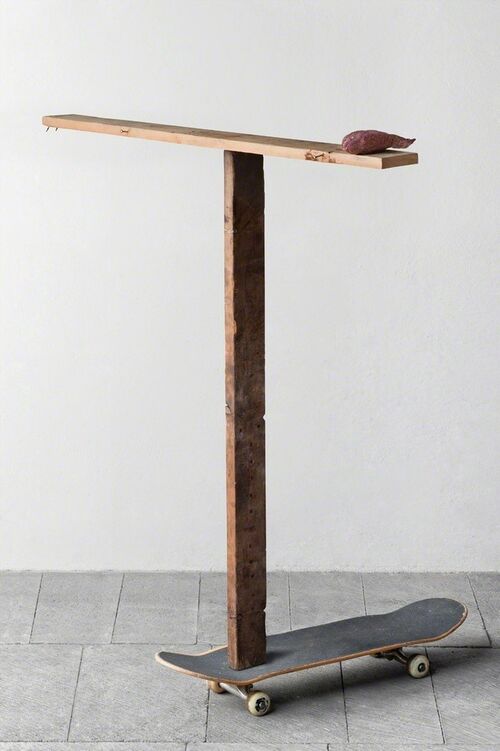 During a decade when humanity is contending with the effects of migration—refugee crises in Europe and the United States, the impossibility of containing the pandemic in a globalized world, and a reckoning with cruel colonialist histories—Cruzvillegas’s work provides reflection.

As with the native plants in Agua Dulce, in his past works, seeds and roots have become metaphors for identity and its continual transformation, for what is indigenous versus what has relocated, traveling over land and sea.

At his first solo show at Chantal Crousel in Paris in 2010, titled “À la Petite Ceinture,” Cruzvillegas placed roots from local markets atop boards of scrap wood, which were nailed together to form an architectural structure redolent of fences and stacked homes. But many of the roots were not local at all, having been imported from Southeast Asia, North America, and other parts of Europe. 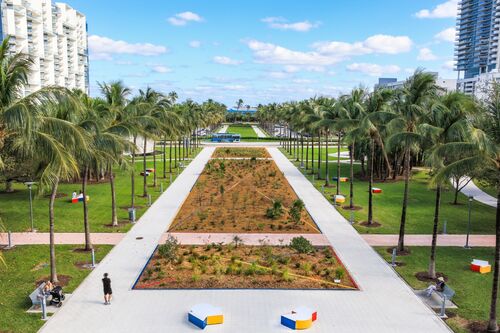 Installation view of Agua dulce by Abraham Cruzvillegas at The Bass. Photo by Zaire Kacz. Image courtesy of The Bass, Miami Beach

Like Agua Dulce, the work itself changed as time went on. “[It was] an enormous plinth for little roots, which during the exhibition, sprouted or dried, or even bloomed,” he recalled.

Five years later, he mounted an installation at Tate Modern in London, in which soil was collected around the city and organized into an infrastructure of triangular wooden planters. Though nothing was intentionally planted, the soil was watered and lit by sun lamps for six months, allowing whatever seeds were there to flourish—or do nothing at all. Within the careful order of a museum setting, the capriciousness of nature was on display. 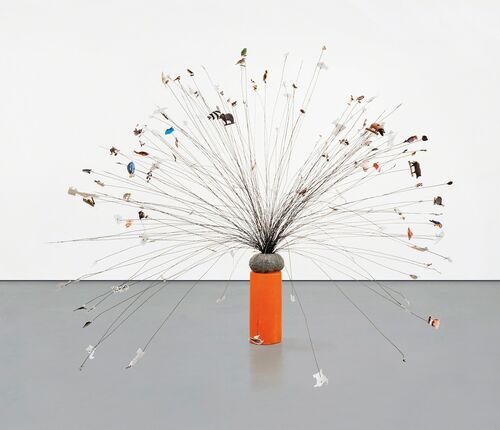 Now, Cruzvillegas is planning a follow-up to that project with his gallery Thomas Dane in London, using the specimens collected from the Tate. “We found…some 200 different species and almost none are British,” he said. “The history of mankind, the history of trading and migration, travels because of nature, with seeds in the stomach of birds and so on.”

At The Bass, the plants must live within the boundaries of the park’s edges, but beyond that, the installation is out of Cruzvillegas’s control, and he prefers it that way.

“I try to control almost nothing in the making of these projects,” he said. “Anything can happen—the plants could die, or they could sprout. So it will be six months, and then people can witness transformation by itself.” 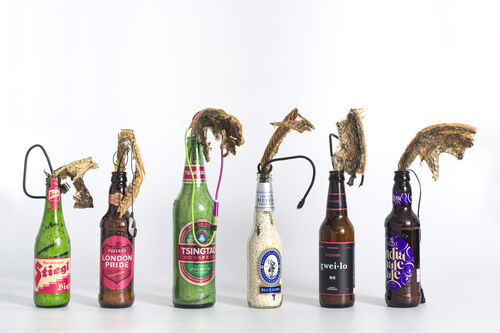 He leaves other aspects of the planning to chance as well, by asking museum staff to interpret his instructions for the seating as they see fit. He sends sketches, but they choose the dimensions and which materials to work with. And finally, he welcomes the unfixed nature of the installation itself, as it is interpreted again and again through the eyes of viewers, taking a new form each time.

“There is this transformation through interpretation,” he said. “When people look at any artwork, they think of something that nobody else can think about.”

Identities are inherently unstable, too, he believes, as people are constantly undergoing change, molded by the mercurial nature of the world, like clay taking shape. Because of that, he considers his work ongoing research into the self, and broader identities too. Each work, then, can be considered a self-portrait. 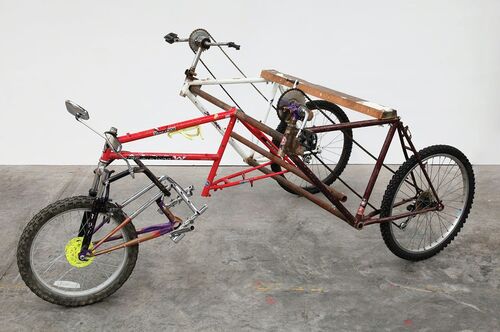 “It’s not that I’m producing self-portraits in the way of representation of the self,” he said. “[I’m] trying to shift the conversation about your identity or the identity of whoever can see the work.”

And that’s why, though the materials he works with may be plants or soil or wood or fabric, or discarded bicycles or scythes, they are just the physical elements. There’s memory, too, and associations imbued into the works with each new visitor.

“It’s like thinking of my own experience as material,” he said, “prime matter that I use and transform into something else.”

PrevPreviousThree German Galleries Have Each Won €15,000 as Part of a New Prize Devoted to Digital Advancement in the Arts
Next“Three Takes on Thiebaud” Talk with the Crocker Art MuseumNext
On Key